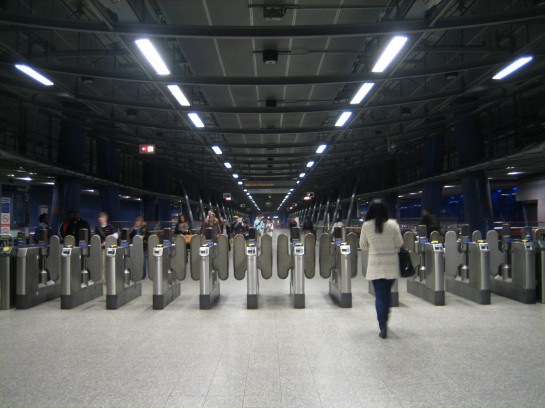 Just when you think the Jubilee line has exhausted its potential to dazzle and entrance, you arrive at North Greenwich with its deep blue caverns and colossal illuminations and your breath is taken away all over again. 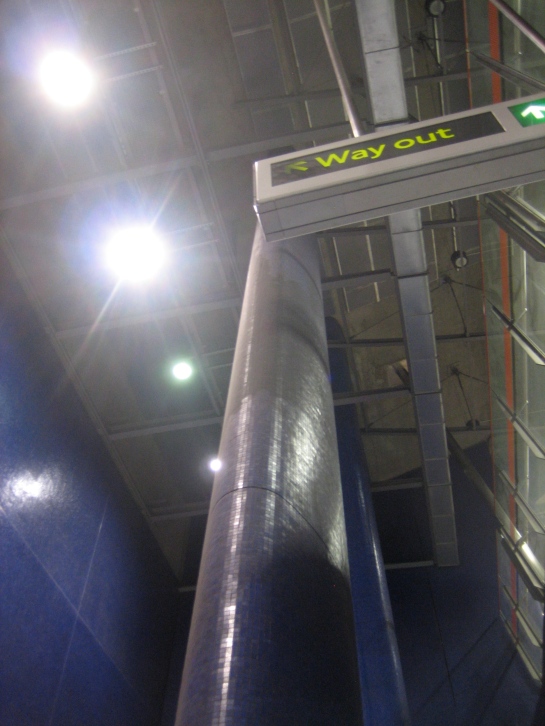 North Greenwich station sits in a trench 15 metres deep and over 200 metres long. Such dimensions merit, in fact demand, architecture conceived and realised on an epic scale. Which is exactly what happened: 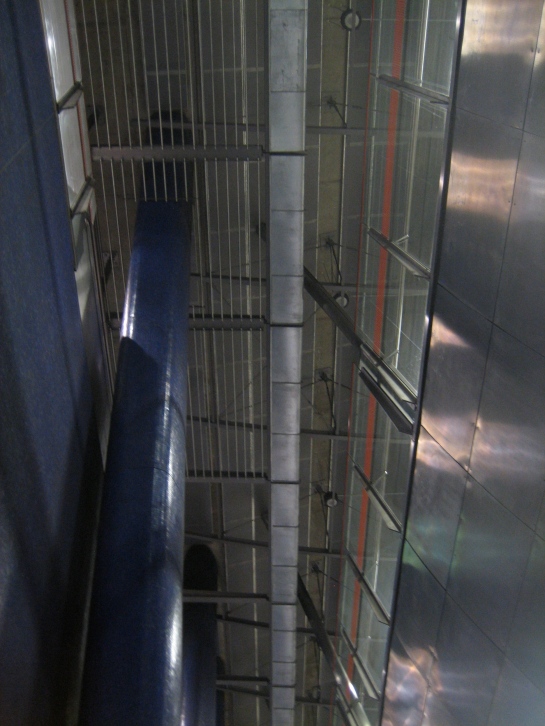 The batteries of imposing columns, covered with shimmering blue tiles, heighten (literally) your awareness of the ensemble of architecture. I’d wager it’s rare for your eye to be drawn upwards in an Underground station. That’s definitely not the case at North Greenwich.

Why the grand scale? To match the grand intentions of the neighbouring Millennium Dome, naturally, and to accommodate all those millions of people that were expected to flock through the station from around the country.

It didn’t quite work out like that. In fact, in terms of appearance, style and content, North Greenwich station totally outranked the Dome upon its opening in 1999.

And it still does today. 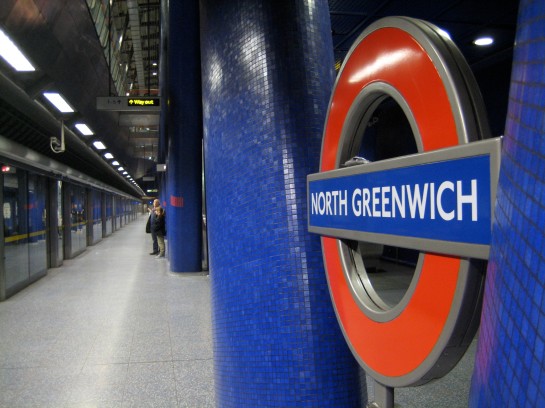