When the Piccadilly line was being extended northwards from Finsbury Park to Cockfosters in the early 1930s, the planners faced the challenge of how to get round, get over, or even avoid completely the Pymmes Brook valley. It being the early 1930s, however, this was seen not so much as a vexatious conundrum but a delightful problem meriting an equally spirited solution.

This turned out to be an absolutely enormous viaduct made of 34 arches, opened in 1933 and an instant architectural landmark. It’s still breathtaking today, even if it doesn’t quite live up to the suburban idyll suggested in the initial marketing: 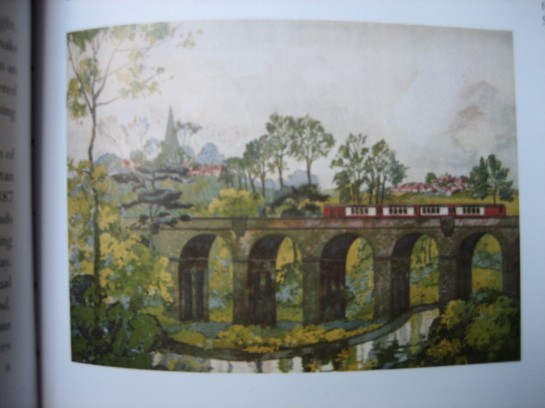 For one thing it’s not nearly that high: 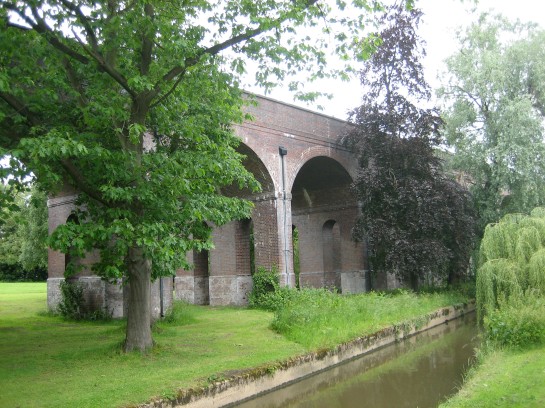 Nor is it possible to get that clear a view of the trains passing overhead:

However you can wander at will among the magnificently imposing and meticulously aligned arches, whose nooks and crevices conjure up a deceptively never-ending maze of brickwork:

It is also, like its cousin in the Dollis Brook valley, an Underground highlight that’s not best appreciated when you’re actually on the Underground. You need to leave the train, indeed leave the station and network entirely, to savour the viaduct’s full splendour. Which it’s well worth doing, even if the reality doesn’t quite match the artist’s impression. But then when does it ever?