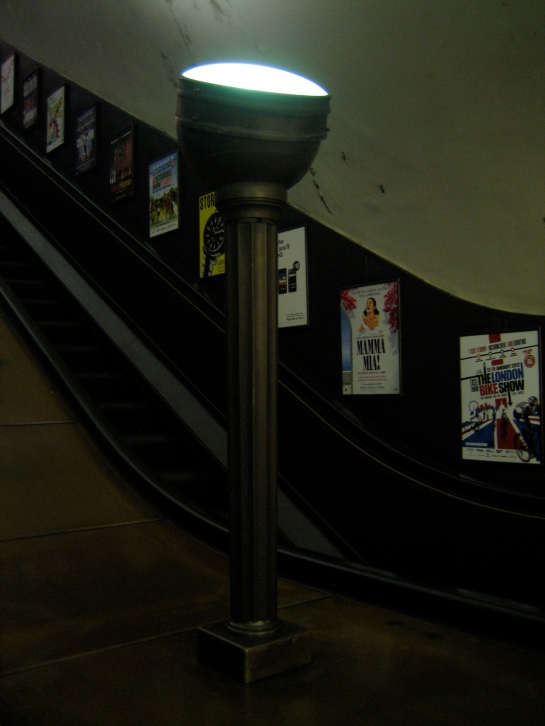 I was chased out of Southgate station for taking this picture.

It’s bemusing how arbitrary the “rules” about photography inside the Underground are implemented. In most locations staff turn a blind eye. In some they even look on with encouragement, especially at the station I’ve earmarked for number 50 (spoilers!).

But there have been a few – and only a few – where stern gazes have been topped with stern words, and on one occasion, here at Southgate, stern actions. I was followed back up the escalator and off the premises, my behaviour judged disruptive enough to merit the kind of treatment I’d expect to see  meted out to a bottle-wielding stoner than a camera-wielding loner.

The whole episode rather spoiled my appreciation of the uplighters at Southgate, which only now, several months later, I realise are utterly gorgeous. 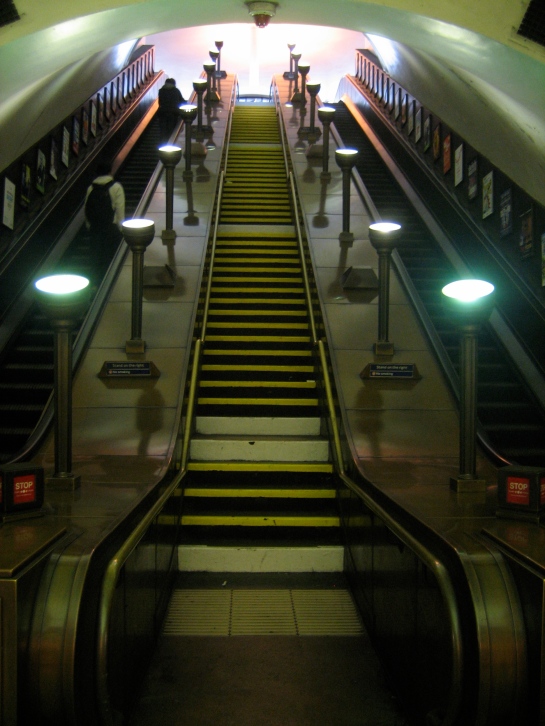 They are originals – survivors of the inter-war years, stoical and mute, speaking volumes but saying nothing. They radiate history as well as illumination. They inject a dose of the exotic into the otherwise pedestrian business of moving between daylight and the deep. 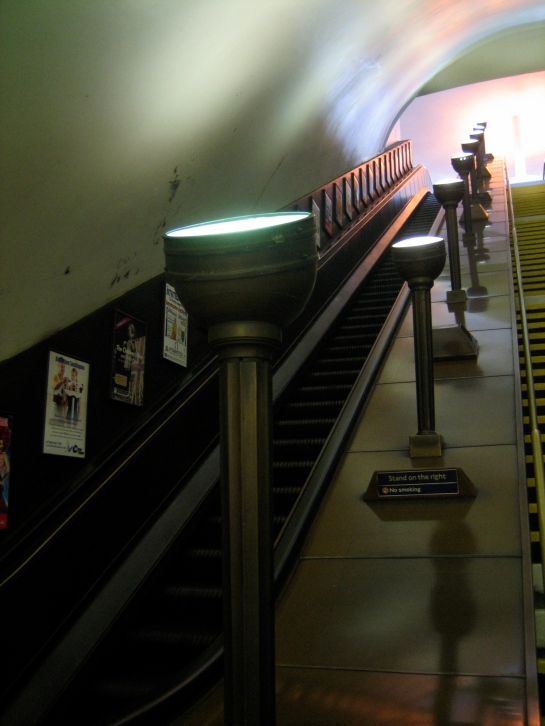 They are also products of the delicious imagination of Charles Holden, the man who dreamed up the station’s brave, eternally-beguiling exterior.

An exterior I got to know rather better than the interior.