For the most part, all you get to see of the Thames while on an Underground train is its reincarnation as a cartographically-challenged blue line on a map above the head of the person sitting opposite. And even this wasn’t possible for a short period a few years ago, before wiser heads prevailed and all was soon again for the best in the best of all possible diagrammatically-realised worlds.

It’s even more exciting, therefore, when the actual Underground meets the actual Thames in the open air, which it does only twice, at Kew and here, by Putney Bridge station.

This is the Fulham railway bridge, whose splendour can be sampled either when you’re rattling over it or, and this is the real treat, ambling alongside it. For not only is this a rail crossing, it is also a pedestrian crossing, thereby allowing the spectator a close-up view of London’s two most agreeable forms of transport going about their business atop each other.

That’s not meant to sound voyeuristic, though frankly anybody loitering in a place like this with a camera isn’t exactly an innocent bystander. And yes, I did have to do quite a lot of loitering to get a shot that was free of people using the bridge for walking rather than ogling. 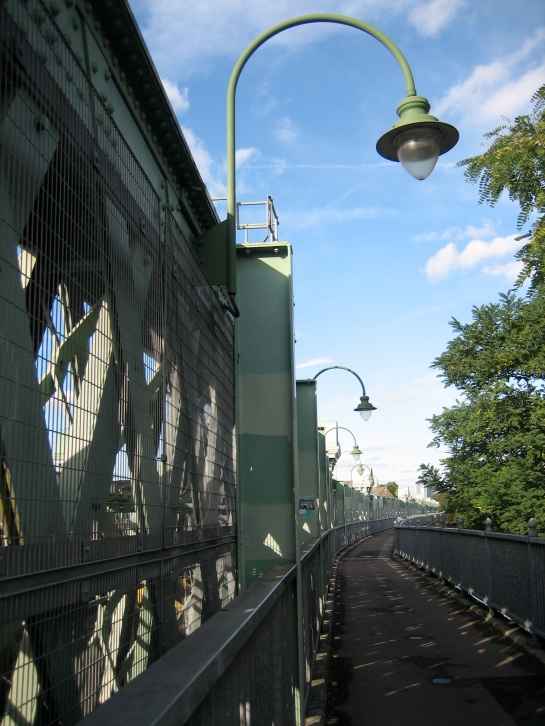 It was designed by a former assistant of Isambard Kingdom Brunel, and it shows. 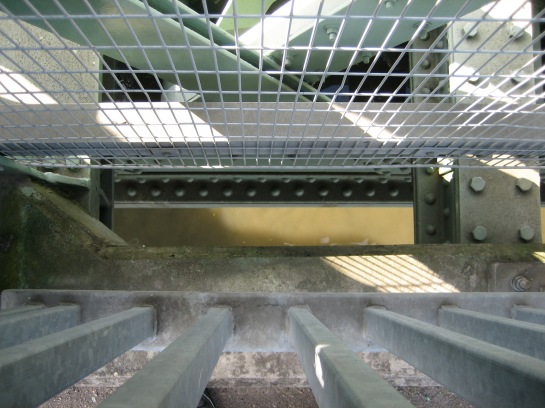 The bridge was built between 1887 and 1889 for the London and South Western Railway, and got sympathetically refurbished just over 100 years later. It’s still in pretty good condition, and bears the twin reassurances of intelligent craftmanship and tasteful embellishment.

By defying logic and allowing your brain to process information from an illogical point of view, i.e. suspended above water, bridges inevitably alter your mood. A bridge that doesn’t entertain a continual procession of traffic, with unending, uncompromising noise, leavens this process with beauty.

In a location like this particular Thames crossing, in the silences between the romantic roar of passing trains, notions percolate, fancies take hold and ideas take flight.

Like how the river commands a pace of life unlike anywhere else in London. Like how it has become inseparable from people’s internal imprint of the Underground.

And like how it’s fun to have carriages pass alongside you above eye level: a hedgehog’s view of a train, only safer.