Were Transport for London ever inclined to hire out its stations for games of hide-and-seek, Westminster should be your number one choice. Regardless of cost, regardless of climate, it would be a palatial plaything in which you would be able to stay concealed for hours, and through which you would hunt your comrades for even longer.

Because this is a joyous, labyrinthine union of architecture and engineering that astounds rather than confounds with its intricacy and ambition. A million wretched M&M Worlds would not come even close to matching Westminster station’s capacity to dazzle and entertain. It is one of London’s marvels, easily holding its own against the Houses of Parliament next door, and Downing Street nearby, and Trafalgar Square just down the road.

In fact, don’t bother with the rest of Westminster at all. Just come to its station, and stand, and stare – in every direction you can.

Here the late-1990s Jubilee line extension sits on top of itself, westbound beneath eastbound, inside the deepest excavation ever attempted in central London. On top of them run Circle and District line trains, along a route dating back to the 1860s, and on tracks that had to be meticulously “sunk” a milimetre at a time in order to fit snugly into the newly-expanded interchange.

The whole incredible edifice is stitched together with what look like giant knitting needles: dozens of colossal concrete columns that plunge and stab their way with panache through the station’s alluring heart: 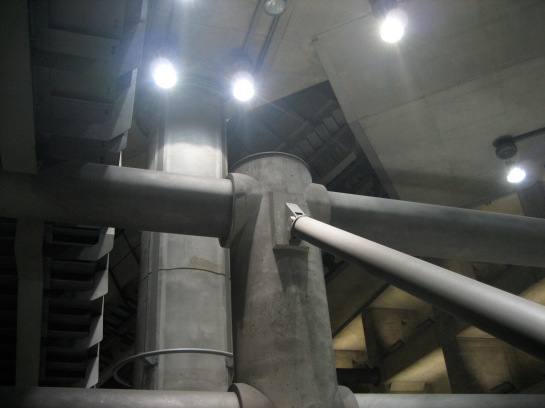 From certain angles the interior looks like the aftermath of a fight between some Tripods. 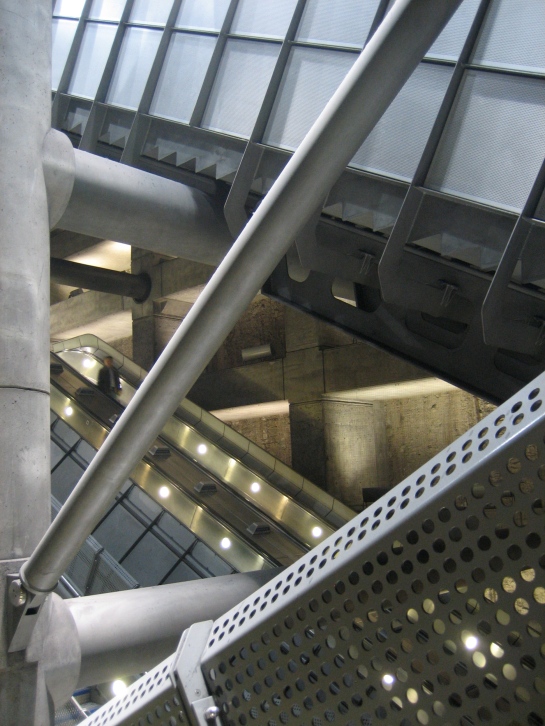 I love this place.

Walking through is like being miniaturised inside a Swiss timepiece, or exploring a Brobdignagian doll’s house.

It is a structure that tingles with imagination and which hums with achievement.

Westminster station is what happens when architecture dances.