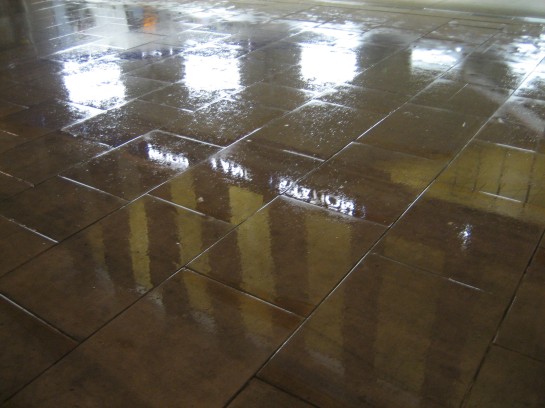 The name Wood Lane has one resonance and one only: as the home of the palace of glittering delights that is BBC Television Centre. I can’t help thinking that, had Wood Lane station been called not after the road on which it stands but the building opposite which it sits, the Beeb would not be in the process of flogging off one of the country’s cultural powerhouses. Imagine having the name Television Centre immortalised on the Underground map: what finer honour could there be? I still think they made a mistake not renaming Stratford as “Stratford Olympia”. Anyway… 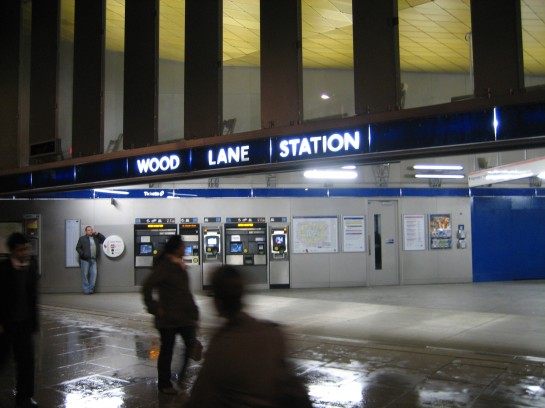 Wood Lane is stunning, either by night or day. It’s another masterclass in contemporary station architecture by Ian Ritchie, whose work at Bermondsey I’ve already praised. Similar themes and concerns crop up here: an emphasis on space and natural light, a sympathetic layout and ambience, and a celebration not of brick and iron but steel, glass and aluminium. The top of the station is especially striking: 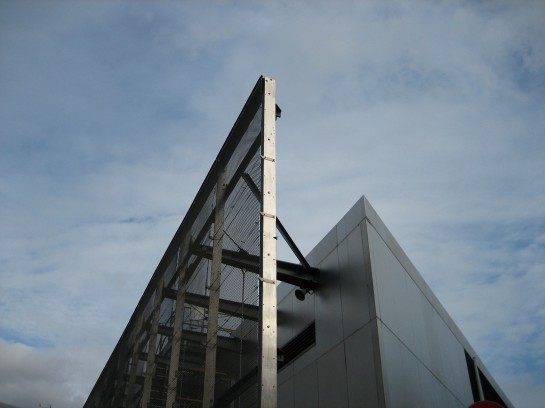 Underneath, the station has been given a frankly enormous entrance, which neatly allows you to see exactly where you need to go and what you need to do to get there, even before you put a foot inside. No plunging, unknowingly, into an oddly-lit and counter-intuitively cramped vestibule (Leslie Green, I’m looking at you). 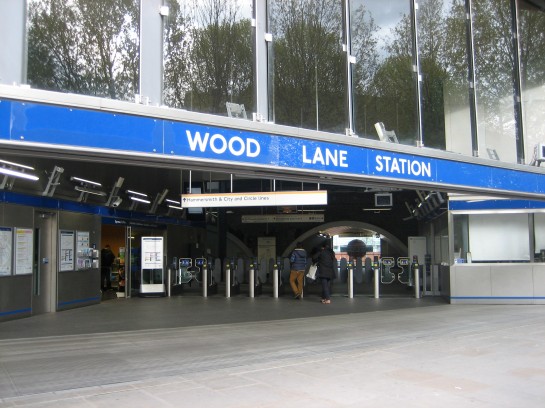 Yes, those are viaduct arches inside the station. Fantastic, isn’t it?

Wood Lane began operation in 2008: one of the many projects started by Ken Livingstone, but opened and doted upon by Boris Johnson. I think that particular wheeze is pretty much exhausted now, Boris.

When Television Centre closes in 2013, Wood Lane will cease to be a mustering point for small screen stars, staff and audiences. Instead it will be merely a portal to an anonymous shopping centre. But for those who care, and for those who remember, its name will always and forever mean something else: something unique and very magical.