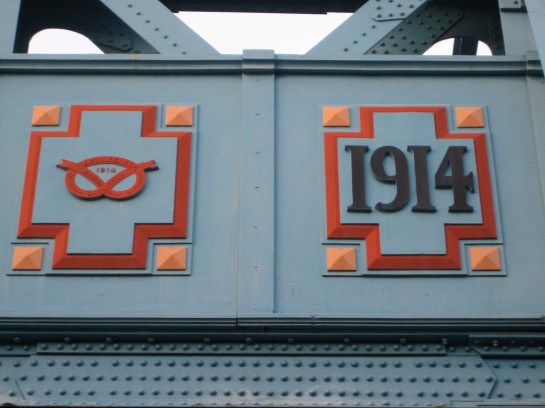 Carrying the Underground high over what was once the Roman thoroughfare of Watling Street, and which now boasts a dual identity as both the A5 and Kilburn High Road, is a construction you can only really appreciate when you’re under rather than on top of the tracks – and preferably standing in the middle of a road: 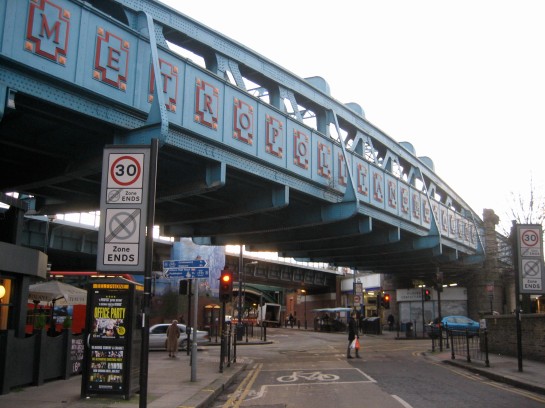 What was once an enormous slice of self-aggrandisement on the part of the Metropolitan Railway is nowadays an enormous boon to an area that deals mostly in grime and grey.

It’s as if someone has smeared a palate of primary colours right across this monochrome municipal landscape. 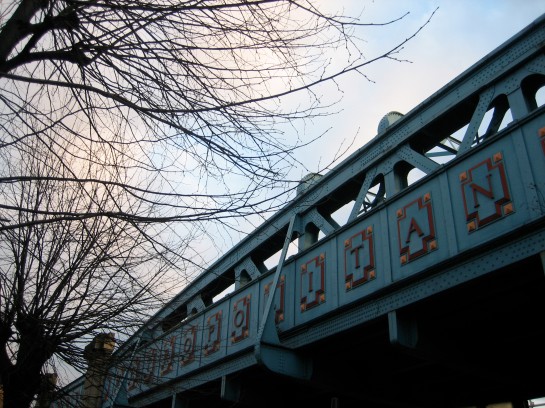 The viaduct was built when the Metropolitan line was going through one of its many muscle-flexing phases; in this instance, a quarupling of the number of tracks all the way from Finchley Road up to Wembley Park.

I love the shamelessness of the design and the fact the company had ultimately no scruples in turning the edifice into a massive piece of self-promotion – albeit one of sparklingly bold and bright ambition.

By any measure – conception, intent, size, appearance – it’s a triumph.