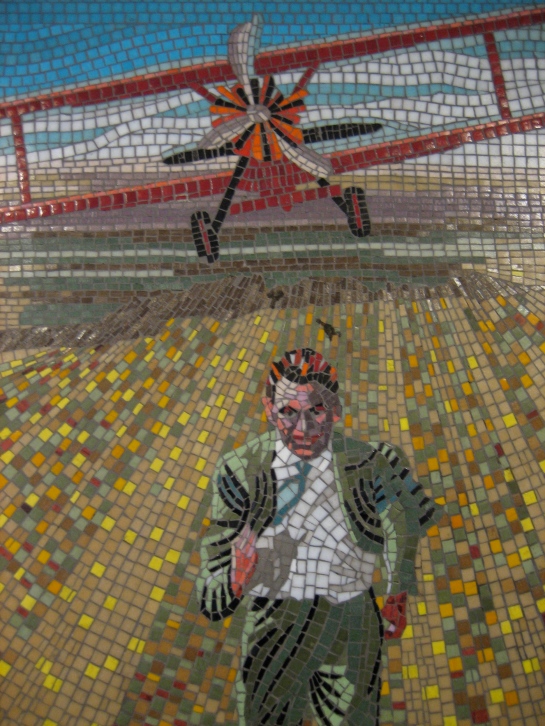 Waltham Forest borough council commissioned these mosaics to mark the centenary of Alfred Hitchcock’s birth. The director was born in Leytonstone in 1899; each design commemorates a memorable moment from his cinematic career. 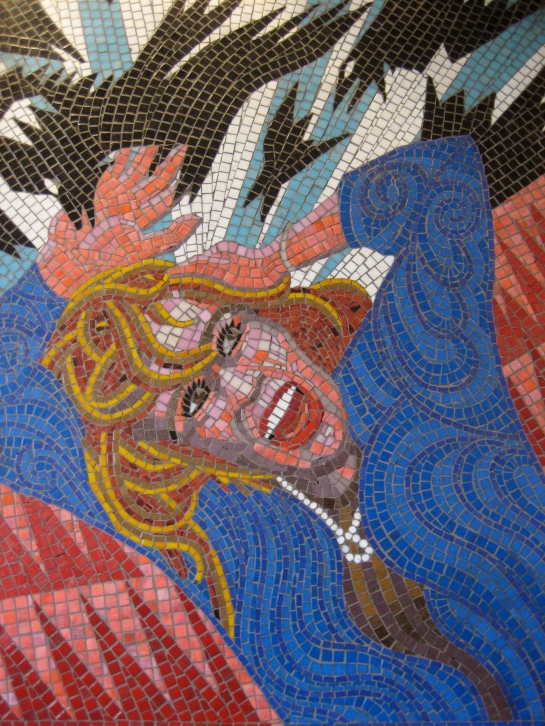 They were created by the Greenwich Mural Workshop and unveiled in 2001.

Leytonstone station is reached from either the western or eastern end of a long subway, along which are positioned the mosaics. It means you only get to see half the designs on your way to or from the platforms – that’s if you’re bothering to look at all: 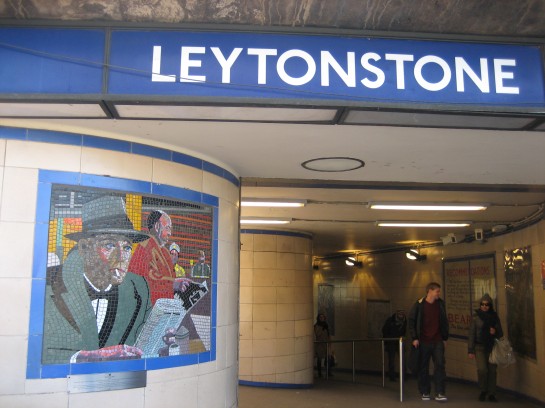 Nobody was paying them any notice while I was there. In fact, me taking photographs of the mosaics was attracting more attention than the mosaics themselves. It’s a shame when something so intriguing becomes so familiar as to be almost invisible.

Captions provide information on which film is represented by which design, which is useful for those less familiar depictions: 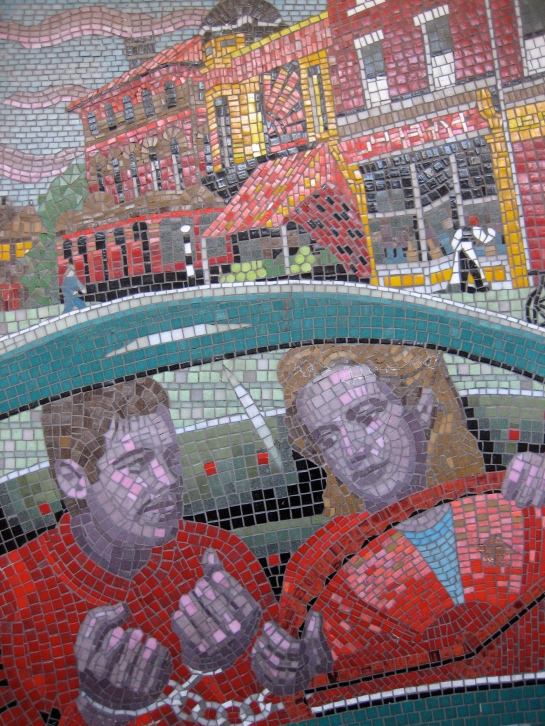 There are 17 in total, 14 showing scenes from films, three symbolising moments in Hitchcock’s career. If you’re not rushing to or from a train at Leytonstone, all of the designs are worth close inspection. Or for that matter, any sort of inspection at all. 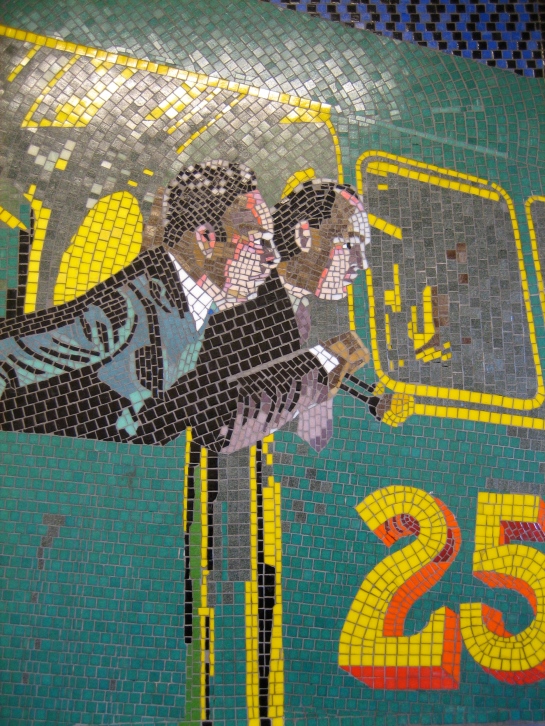