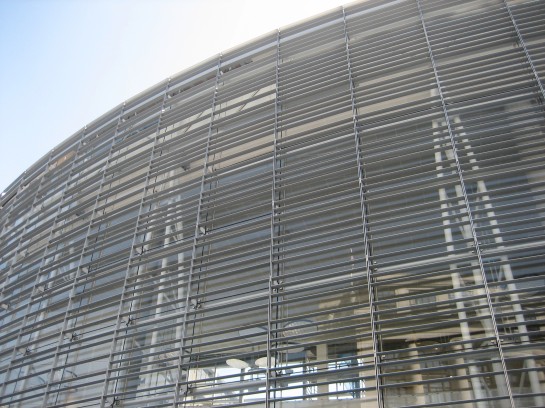 There are pedants, and I’m usually one of them, who would disqualify this splendid building on account of it also being an entrance to a mainline railway station. But there are also pragmatists, and I’d like to think of myself as one, who would counter that this is very much part of the Underground.

It is the main point of access to the District and Circle lines north of the Thames at Blackfriars; indeed it is the only point of access to the Underground in the Fleet Street and Ludgate Hill area. And while it does double as an entrance to platforms for the Thameslink line, it fastens its colours truly to the mast with a distinctive, if flawed, bit of signage:

Scott has moaned about this misguided lozenge, and he’s right to. Why? Why decorate a hugely-convincing, impressively-realised, sparkling new station front with something so out-of-place and out-of-keeping with London Underground house style? Either do it properly or don’t bother.

Lozenge aside, the north entrance to Blackfriars commands the sort of shiny respect and bristling fascination that all the stations on the Jubilee line extension must have enjoyed on their opening in 1999. The whole complex is part of the vast Thameslink upgrade programme, which has also resulted in Blackfriars gaining a sister entrance on the south side of the river – something long overdue, but more of which another time.

It’s the north entrance I’m celebrating here, and not just its exterior. Because what in heaven’s name is this?

Something really rather wonderful, that’s what. 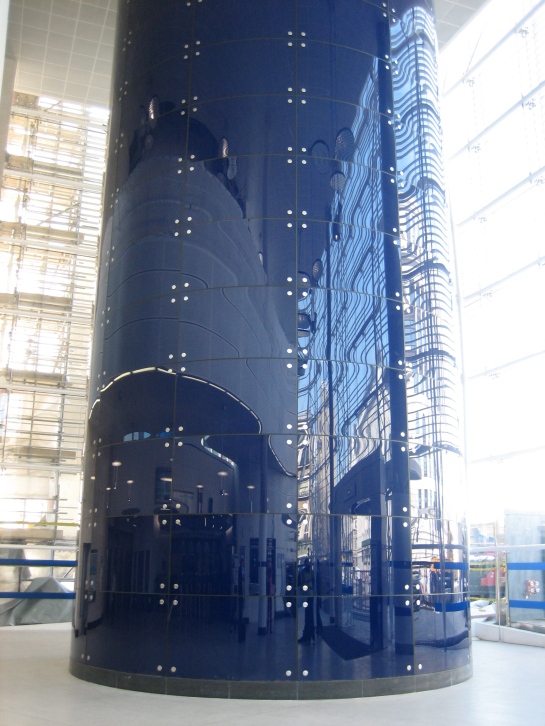 Disregarding the fact it doesn’t seem to have picked up my reflection, thereby making my self-esteem even more transparent than usual, what you have here is an enormous ventilation duct masquerading as a minor tourist attraction. Or vice versa.

While I was there I saw a number of people pausing to admire this shimmering blue turret, one or two of them even touching it to as if they couldn’t believe it was real.

Perhaps the way it seems so out of place makes it so appealing and therefore to be admired, applauded and, if necessary, stroked.

All of which reactions are wholly justified and fitting for a station that is by any measure a whole lot better than it once was.

And it’s about to get even better.