I’ve talked before of how some Underground stations, like all of us from time to time, feel better in the dark.

There are also parts of the network that are most flattered by light, specifically the arc of the sun. Obviously these stations are above ground, but they’re not always obviously candidates for celebration.

For much of the time, the most that can be said to commend the platforms at Rayners Lane are the flower beds:

But when the sun starts to set, there’s a clear sky, and you’re facing westbound, something rather beautiful happens. 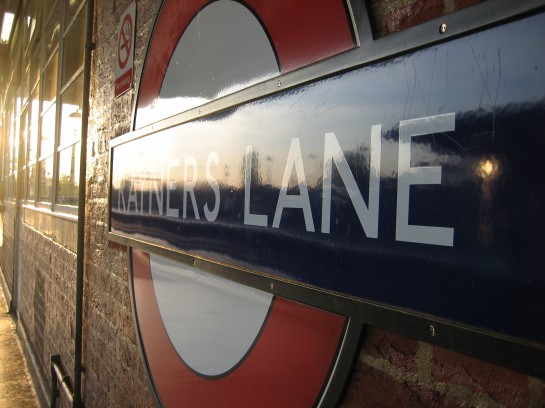 The platforms are ideally aligned for what astronomers would call an “event”, though in this instance, it’s the juxtaposition of light and metal rather than any celestial bodies. An occasional passing human body won’t diminish the effect, mind:

Other stations undoubtedly play host to similar solar-kissed moments. But Rayners Lane is the most extreme, and the most magical, I’ve so far experienced.