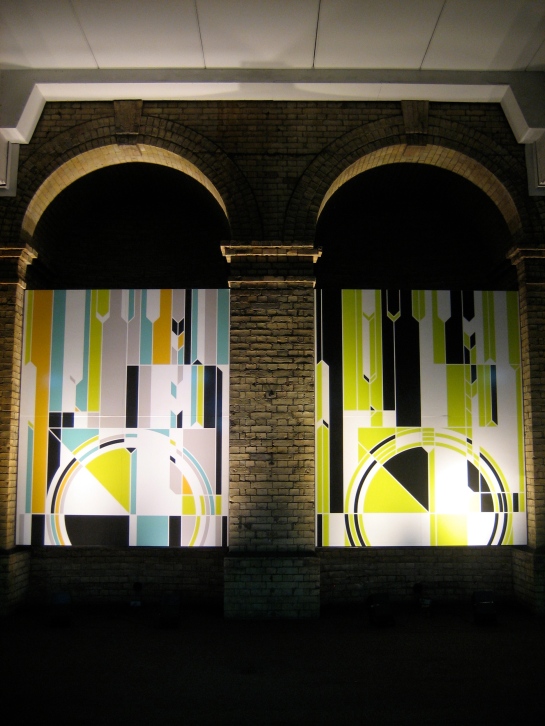 What’s the best thing to do with a bit of station that nobody uses anymore? Abandon it, like at Barbican? Honour it, like at Highgate? Or give it a new life as a space for the installation of contemporary art?

It depends on the context, I suppose. And that’s not just a cop-out of an answer. It’s a pragmatic one.

Utilising the disused platform at Gloucester Road for the exhibition of art was an inspired decision. The giant, illuminated alcoves lend themselves brilliantly to the displaying of striking visual designs. It’s a great example of how to marry location and function.

Slinging bits of art into the alcoves at Barbican, however, wouldn’t create half as good an effect. There the alcoves are outside, shorn of the manipulated atmosphere of an artifically-lit environment. They’re striking in their own way, as I’ve already acknowledged. But their cousins at Gloucester Road represent the better home for things that need to be shown off for being different and new, rather than for always being the same. 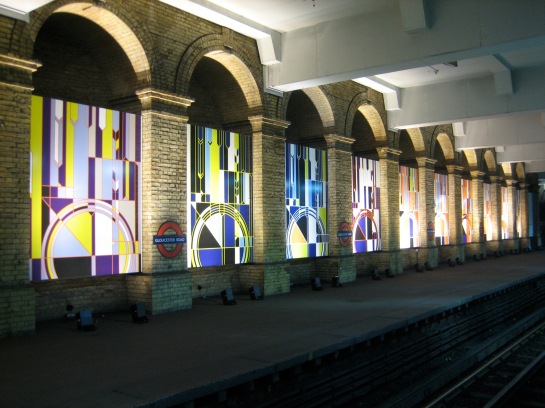 This space has been used for art installations since the early noughties. There have been some marvellous, bewitching efforts, as well as some that are better forgotten. But all have called attention to themselves, which is kind of the point.

The installation that was in place when I took these photos was called Big Ben by the artist Sarah Morris. 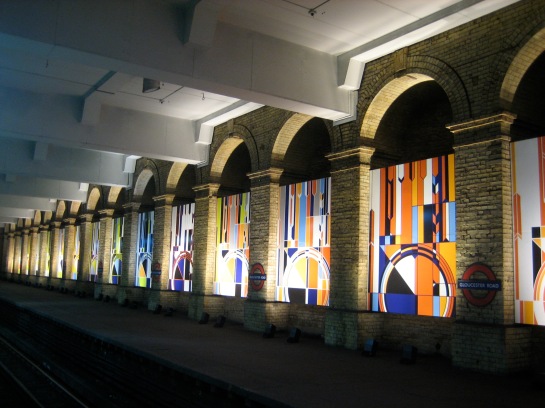 I love the geometry and vibrancy of the designs, especially the way they seem to complement the geometry of the platform itself. They rekindle a bit of energy in an environment that would otherwise be rather lifeless. Plus they are wonderfully lit. Placing them just out of reach, on the other side of the tracks, adds to the appeal.

This platform has come alive again, but on its own terms. Hopefully it will continue to do so long into the future.